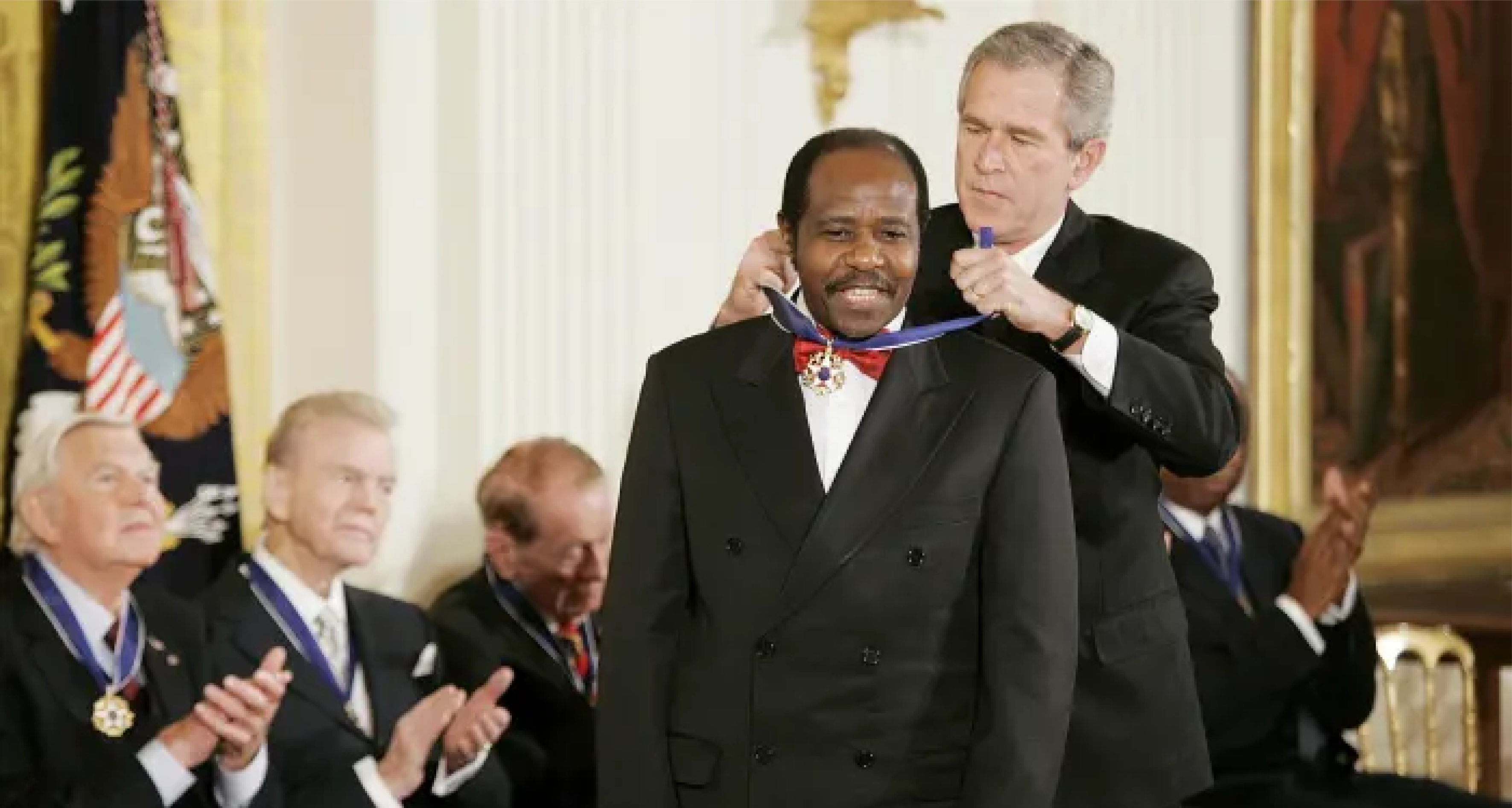 Paul Rusesabagina, the man who inspired the film ‘Hotel Rwanda’ after sheltering hundreds from genocide, has spent the last six months in a Rwandan prison cell. His story has evolved from one which captured the hearts of millions to one that has demanded our attention.

The Story so Far

In August of 2020, Paul was mysteriously abducted from Dubai and forced onto a private charter plane while restrained and blindfolded. Evidence has since surfaced that suggests this was organized by President Kagame’s own government. A few days later, he emerged in Rwanda, extrajudicially detained and made to face a corrupt trial. Paul, the man who inspired the Oscar-nominated film ‘Hotel Rwanda’ and received the Presidential Medal of Freedom, is now having his own human rights stripped away, after fighting for the rights of others for so long.

Since his capture, Paul has been forced into solitary confinement and has only been allowed outside for one hour a day. His family has serious concerns over his rapidly deteriorating health. A cancer patient in remission, Paul has been hospitalised three times in the six months he has spent detained in Rwanda.

There are also urgent concerns regarding the fairness of his trial process. He has been denied unsupervised phone calls with his family, and was initially forced to use government-appointed lawyers rather than legal counsel of his own choosing. The New York Times has also reported that prison guards have confiscated confidential documents from Paul and his lawyers.

Unflinching in their fight for justice, Paul and his family launched a Legal Defence Fund on Legaler Aid. With over $24000 raised so far to help cover legal fees, the community has sent a clear message of outrage to the Rwandan government. Calls for governments to intervene and demand just treatment for Paul have reached a fever pitch, and have begun to put an international response into motion.

On February 9, the European Parliament passed a motion condemning the Rwandan government’s forced disappearance and detention of Paul. They called for Rwandan authorities to allow Paul to access the consular services of Belgium, where he is a citizen, as well as ensure that Paul has access to legal counsel of his choosing. Above all, the European Parliament has reminded Rwandan authorities of their obligations to abide by an array of human rights treaties of which the country is a signatory.

Additionally, the United States Congress has recently released a letter written to Rwandan President Paul Kagame in which members call for the immediate release of the human rights hero. Signed by 37 representatives, the letter expressed concern with the way in which Rwandan authorities kidnapped Paul from Dubai and immediately placed him in solitary confinement.

More broadly, the Clooney Foundation for Justice and the American Bar Association have also released briefings showing great concern regarding Rwandan officials’ treatment of Paul and the safeguarding of his procedural rights.

The Legal Defense Fund launched on Legaler Aid has helped to illuminate Paul’s case internationally. The Legaler Aid community, you, the donors and the outrage you have expressed is what has compelled governments and community organisations to take action and pressure Rwandan authorities to act justly. With eyes now firmly planted on Paul’s trial by governments, Human Rights groups and the general public, Rwanda is facing immense pressure to act in a way which respects the rule of law and implements due processes.

The proof of justice for this case has only just begun, and we will continue to strive, with your help, to achieve complete justice for Paul.