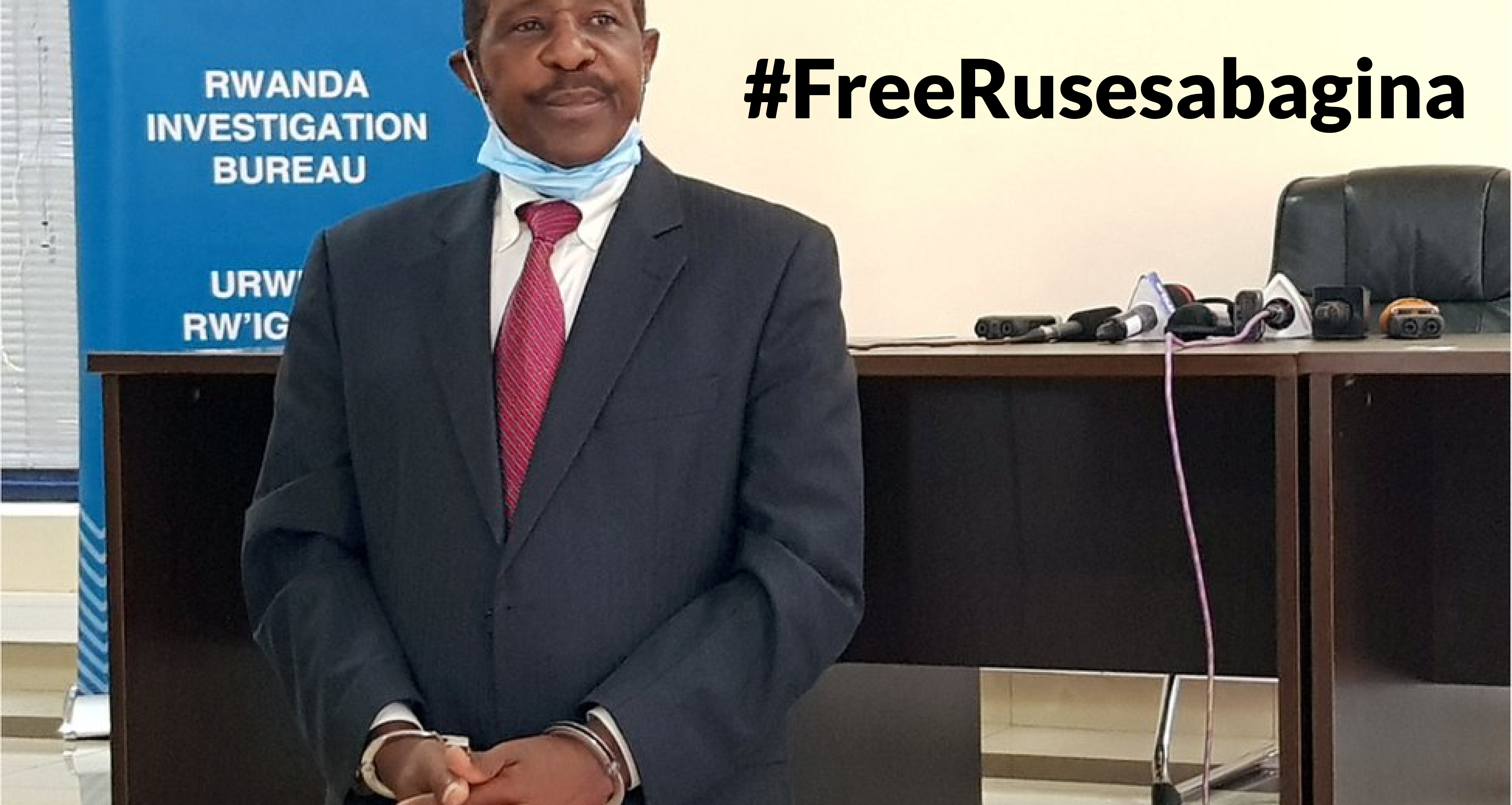 The Fight to Return Hotel Rwanda Hero from Unlawful Detention

Paul Rusesabagina is an internationally beloved humanitarian hero. His incredible story of saving 1,268 by providing them shelter at the Hôtel des Milles Collines during the Rwandan Genocide was depicted in the Oscar-nominated film Hotel Rwanda. Since the genocide, Paul has been a tireless advocate for human rights, freedom, and democracy across the world. He has won numerous awards, including the Presidential Medal of Freedom in the United States – the nation’s highest civilian honor. He speaks out against authoritarian tactics and fights for global justice, even in the face of threats to his life. In particular, he is a frequent critic of the political abuses and human rights violations of the post-genocide Rwandan government under President Paul Kagame, who has been in power for two decades.

Just under two months ago, Paul was traveling to deliver a speech on human rights in Burundi. While transiting in Dubai, he was taken to a private jet, restrained, and forcibly disappeared to Rwanda. Paul was abducted by his birth country’s government because he dared to speak up against its iron-fisted rule. He could not contact his family for 10 days, was forced to use government-appointed lawyers for 40 days, and is still not allowed to be represented by his international lawyers. He has been denied medical bail, despite chronic health conditions associated with remission from cancer and hypertension. The New York Times wrote that he appears to be speaking under duress during interviews, unable to explain details of his circumstances out of fear of punishment.

Paul’s kidnapping, restricted legal advice, and treatment are blatantly illegal under international law. He faces an unfair trial against a government that has already publicly asserted his guilt. This has triggered an outcry by non-profits and NGOs around the world, from the American Bar Association to the Clooney Foundation for Justice, and from the Red Cross to Amnesty International. What Paul needs most now is financial support for legal fees as his team fights to free him. He did not profit from the film Hotel Rwanda and legal defense costs are extremely expensive.

Funds donated will be directed to the Paul Rusesabagina Legal Defense Fund and will fund legal expenses for Paul and security measures for his family in the United States, who have been subject to credible threats. Donate now.